Most of you are probably not familiar with the singer known as James Blake Carrington, a Harlem resident with a voice range so pure and clean you wonder why he hadn’t been on your radar sooner. Perfecting his craft as an artist over the years, he has shared the stage amongst like artist such as Trey Songz, Ne-Yo and Keyshia Cole to name a few.

Not only is Blake a singer, but also an accomplished actor having appeared on hit shows like the Netflix hit Orange is the New Black and worked alongside Denzel Washington in American Gangster. Blake has shown a true fighting spirit throughout his career, working hard to bring his talents to life and share them with other like-minded people.

Blake is now embarking through his second European tour and second performance at Paris Fashion Week, while working on a new album set to come in Spring 2015 known as the Blake Moses Project. With an entrepreneurial spirit and talented vocals, he is one artist that you are sure to add to your playlist.  Gents Among Men had the pleasure to catch up with Blake before his tour began…

GAM: What projects are you currently working on?

Blake: Currently I’m working on The Blake Moses Project. It’s an eclectic neo-soul album produced by Diamond Dee, a former producer of the Fugees album. He and I both co-wrote the album together. It will be out in Spring of 2015.

GAM: How is this album different from the other albums you’ve produced thus far?

Blake: The music is really what took me in that direction. Usually I like to listen to a track or beat and write the music from there. But this time it came organically and it allowed me to flow more naturally as an artist. It reflects on my trials and tribulations, some growing pains, and learning to express my emotions.

GAM: How would you describe yourself as an artist?

Blake: Creative, connected and spiritual. I would say I’m a man of purpose.

GAM: If you could create a super artist, which two singers would you combine and why?

Blake: It’s my upbringing; life. Being raised by my grandmother in Akron, Ohio and her influences as a Cherokee Indian, she taught me not to be afraid of the gift I was given, the gift of my voice and signing. Overall life is what inspires me creatively.

GAM: What was it like performing during Paris Fashion Week?

Blake: It was extremely monumental in my career. I was given an opportunity by the fashion committee in New York and allowed me to go to Paris and opened the door for other endeavors. (Blake has returned again this year to perform as well). It was a very mind blowing experiencing, traveling out of the states to see different cultures. It was a very eye opening moment to be so well received by others overseas. I went without being a big name or having a top 10 record to my name, but I was well received by everyone as if I did. It was a truly humbling and great occurrence in my life and career.

GAM: I know you started your own record label. Did you always see yourself as an entrepreneur while trying to be a singer?

Blake: I did see it happening for me down the line. When you think big and dream big, you begin to see these visions of greatness happen to you. But you have to go through the motions and try to establish yourself and then you can begin thinking even larger. It was something I always envisioned, especially as a way to help others with my music. I’m also actually thinking of getting into business on the acting side since I’ve been inducted into the Screen Actors Guild. It’s another project that’s at the top of my list.

GAM: How has (was) filming (been) for your latest acting roles? (Cuffs and Shields and Drug Affected, due out soon)

Blake: They were both two very different roles that actually marry each other. In Cuffs and Shields I play a detective and in Drug Affected I play a strung out junkie. It was fun to play both roles because it made fun of a dark situation but also brought enlightenment to it as well.  Once I became involved in the roles it touched home and it made me reminisce about my own childhood. You hope down the line that it’s perceived well amongst those watching you. That’s what you hope for as an actor.

GAM: What has been your favorite role? 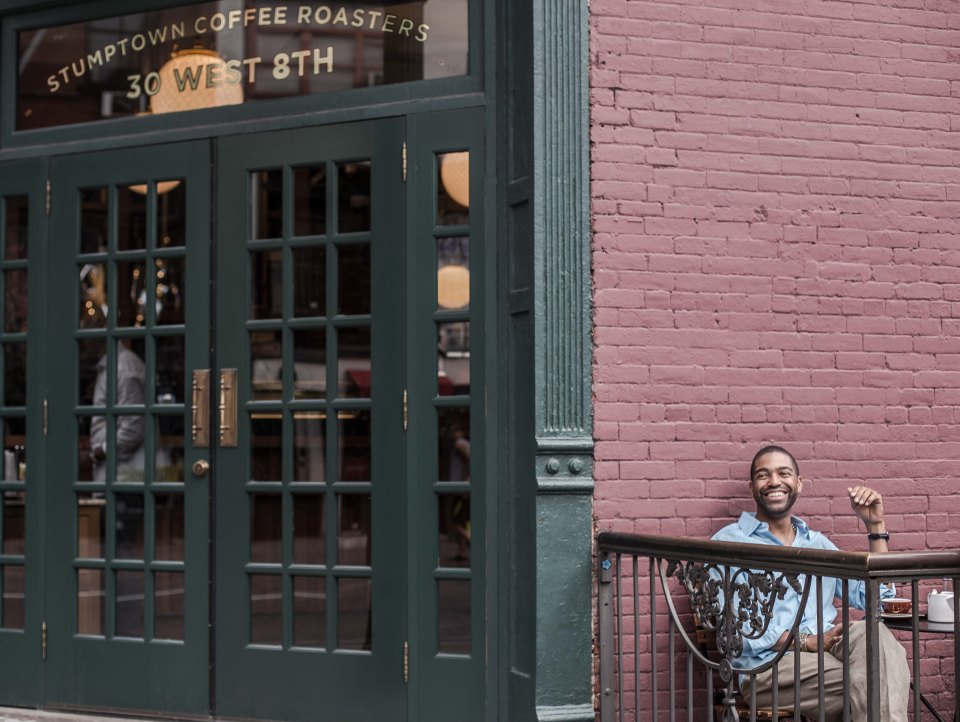 Blake: Jodie Foster picked me for my role on the first season of Orange is the New Black. That meant a lot to me to be picked out by Jodi Foster.

GAM: What do you see as your biggest accomplishments in your career thus far and what do you want to see happen in the future?

Blake: Thus far in acting, Orange is the New Black was fun to film and great to be apart of a well-known and growing show. Musically, being able to perform at Paris Fashion Week changed my life. It enabled me to travel and go on tour by myself this year for 3 weeks from Paris to Morocco. In the future I would like to perform in as many countries as I can for as many souls I can with music, love and peace.

Check out more of Blake Carrington at www.BlakeCarringtonMusic.com